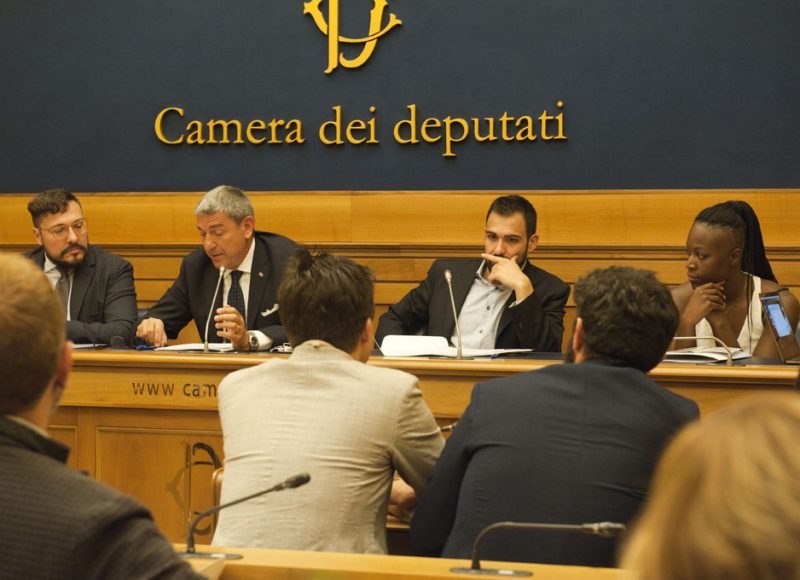 On July, 6 we had the Press Conference to launch Outsport, the first European project on homofobia and transfobia in sport that includes a scientific research on the topic.

MP. Bruno Molea, president of AICS, the organization promoting the project, and Mr. Rosario Coco, coordinator of the the project, presented the conference.

«Outsport first target is mesuring this phenomenon, conducting the first Europeanwide research on homophobia ad transphobia in sport, thanks to the German Sport University of Cologne – Mr. Coco explained to the press – then it will develop new tools to operate and communicate on this ground. One of our main goals is the train of trainers working in the sport area. One f our main outputs is the edition of a multilingual handbook targeted to trainers, and sport organizations».

At conference the video-clip  against homofobia in sport, produced for the project was screened for the first time to the journalists and activist present. Mr. Adriano Bartolucci Proietti, chair of Gaycs, Lgbti dertment within AICS, Ms. Ilse Hartmann, from the German Sport University of Cologne and Ms. Nikola Staritz from the Vienna Institute for International Dialogue and Cooperation also spoke at the concference

At the end the singer Cecile, voice of the anthem “Outsport (Play Out & Proud)“, spoke about her support to the project as an athlete and women of coulor who has well experienced discrimination  in her life.