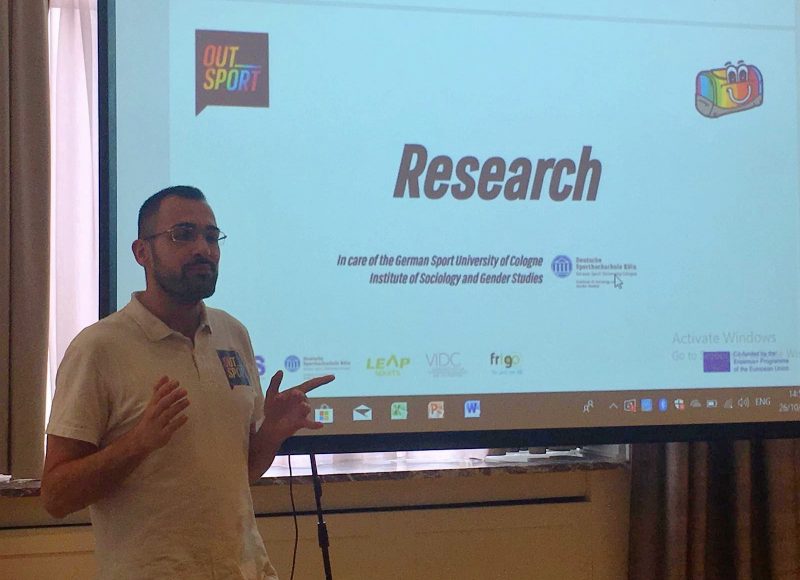 At the conference, good attention was given to sport issues and in particular to Outsport, represented by its coordinator Rosario Coco both in the section dedicated to the presentation of the projects and in a collective workshop titled “Fighting Homophobia in Sport“, held by Annette Wachter, president of EGLSF (the European network of sports associations) in cooperation with  Jelena Celebic of the Serbian association Feslam Football, and  Pavel Klymenko of Fare network.