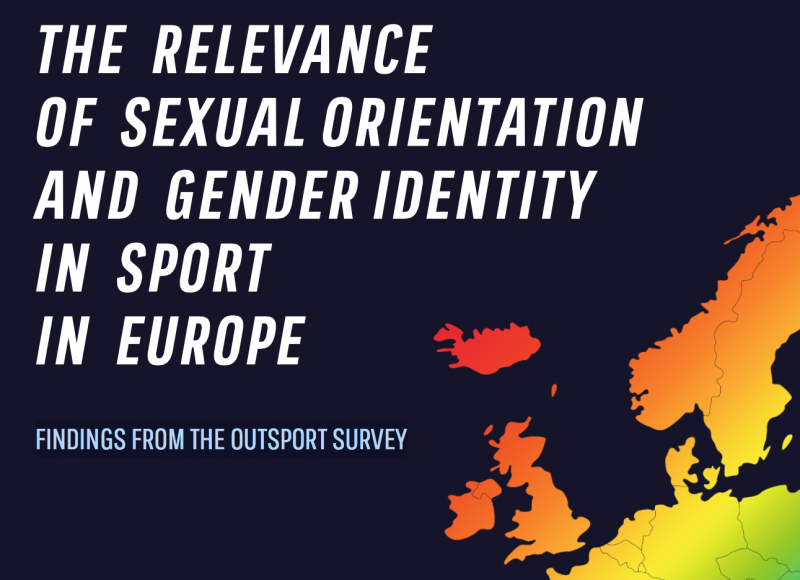 More than 5,500 lesbian, gay, bisexual, transgender and intersex (LGBTI) people from all 28 EU countries completed the online survey created by the Institute of Sociology and Gender Studies of the German Sport University Cologne within the framework of the Erasmus + Outsport project. The age of the participants is between 16 and 78 years and 27 years on average.

The complete report – which can now be accessed on our website, out-sport.eu – contains the aggregated data results at EU level and highlights the differences with regard to sexual orientation and gender identity and between the five project countries Italy, Germany, Scotland, Hungary and Austria, offering a rich and wide perspective of anti-LGBTI attitudes in sport and in different sport disciplines and environments, as lived and perceived by LGBTI people.

“We are proud of this work and we are sure that the results are fundamental for policies to combat anti-LGBTI attitudes in sport both at European and national level” says Rosario Coco, Outsport coordinator.

Some of the key results of the study are:

Based on these survey findings, umbrella sport organisations and sport federations are currently being interviewed about their strategies in tackling homo-/transphobic discrimination in the field of sport. The results of this substudy will be published on the 8th of November 2019 at the final Outsport Conference in Budapest.