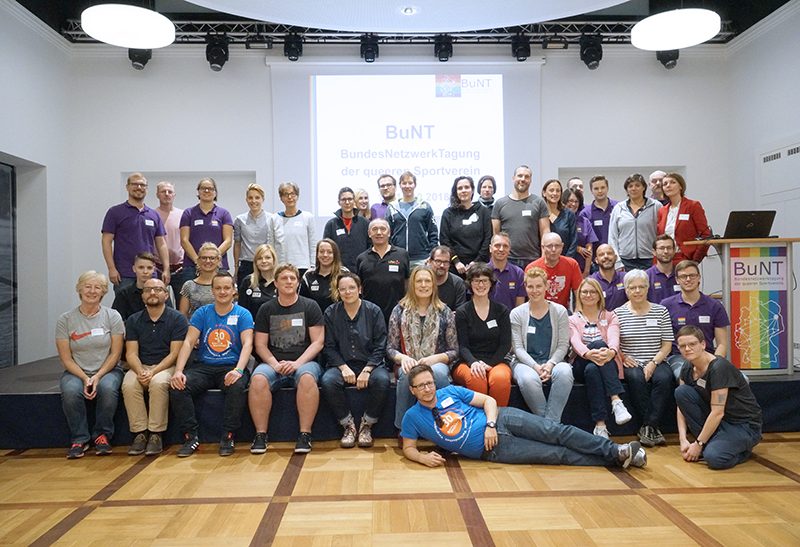 From 13 to 14 October 2018 the first conference of the nationwide network of queer sports clubs took place in Berlin (Germany), organized by the Vorspiel SSL Berlin e.V. The participants from queer sports clubs, sport organizations/federations, universities, politics and society discussed and developed projects and ideas for an open and tolerant sport scene and against homo- and trans*phobia in sports.

First results of the quantitative online survey of the OUTSPORT project regarding the experiences of German LGBTI* in sports have been presented by Ilse Hartmann-Tews and Birgit Braumüller from the German Sport University Cologne. As an important result a position paper claiming for diversity, acceptance and a culture of appreciative respect in leisure-, mass- and elite-sport has been adopted by the participants.