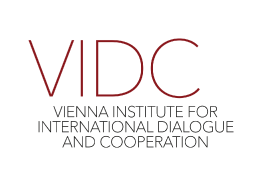 The VIDC acts on the assumption of a fair global world order and accordingly supports social processes of transformation, which initiate this social change. The VIDC is aware of the fact that it is part of the existent conditions and is active within them.

Fairplay at the VIDC started with EC funding in the European Year Against Racism 1997. Over the last 19 years, the fields of activities have continuosly been broadened, today fairplay has five main areas of action: anti-discrimination, sport and human rights, Balkan area, sport and inclusion and fan work.

Fairplay – VIDC carries out regular football and awareness-raising activities and has coordinated from 2001 to 2010 with the support of UEFA the pan-European Football against Racism in Europe (FARE) network. FARE spreads now over 40 European countries and has been established in 1999 in Vienna.

Experience in the field:
At the UEFA EURO 2008 FairPlay has implemented the UEFA social responsibility projects “Unite Against Racism”, “Euroschools 2008” and the Fan Embassy project. In November 2009 fairplay-VIDC succeeded to receive an EC grant for the project “Football for Equality” (DG Justice) and is partner in another EC funded project called “OLYMPIA: Equal opportunities via and within Sport” coordinated by the Italian organisation Unione Italiana Sport per Tutti (UISP).

A follow up project “Football for Equality II” focused on fighting homophobia in European football and was implemented from 2011 to 2013, focussing on Central- and Eastern European countries. In the field sports and development the VIDC was the coordinating organisation of the project “Football for Development” funded by EuropeAid. Beginning with March 2011 and ending with April 2013, fairplay coordinated the European project “Sport Inclusion Network (SPIN)”, funded by the European Commission, Sport Unit.

In 2013, FairPlay launched the nationwide platform pro supporters, a coordinating unit for social preventive fan work initiatives in Austria. In 2014, FairPlay coordinated the Austrian initiative “Nosso Jogo – Our Game” including six core partners and over 80 other partners using the FIFA World Cup 2014 in Brazil for promoting human rights and inclusion in and through the field of sports. (www.vidc.org)