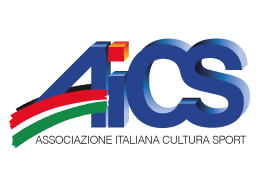 AICS (Italy) was founded in 1962 as a national organization
of sport promotion. During 50 years AICS has been enlarging its action to different fields: culture,
social policies and social tourism, environment and training/projects for social cohesion activities. I takes

Humanism Perspective and considers sport, culture and tourism as social tools
with a role aimed at developing active citizenship and welfare policy challenges.

According to the EU White Paper on Sport principles, particularly focused on sport as a right for all and as a tool for personal life long learning, AICS acts at a national and international level to promote integration and equal opportunities among people, to promote health for communities, to fight racism and violence and to promote sustainable development for all. Along with this mission AICS founded department focussing on Lesbian, Gay, Bisexual, Transgender, Intersexual (LGBTI), called GAYCS, in 2012.

Structure: AICS is organised in Regional and Local Committees, to which clubs can be affiliated in order to pursue AICS missions and Statutory guide lines.

AICS is institutionally recognised as: 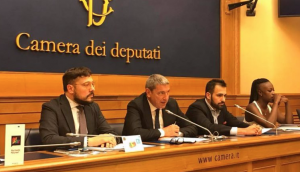 AICS is encloses above 8.600 clubs with about 850.000 individual membership in 136 sport disciplines. It is structured in 20 Regional Committees and 100 Province Administrations Committees. It is delivering various services with 1.250 managers, 34.149 officers, 12.563 technicians and about 42.500 volunteers

AICS has been participating and promoting Youth In Action Projects with youngsters in order to develop the role of European citizens (then focusing on cultural, social and sports issues) and to strengthen their participation into AICS decision-policies, in a perspective to prepare youngsters becoming EU decision makers of the next generation. In 2019, AICS will host the main european LGBTI sport event, the Eurogames, organized by the EGLSF (European Gay and Lesbian Sport Federation – see E.1). thanks to the efforts of GAYCS.