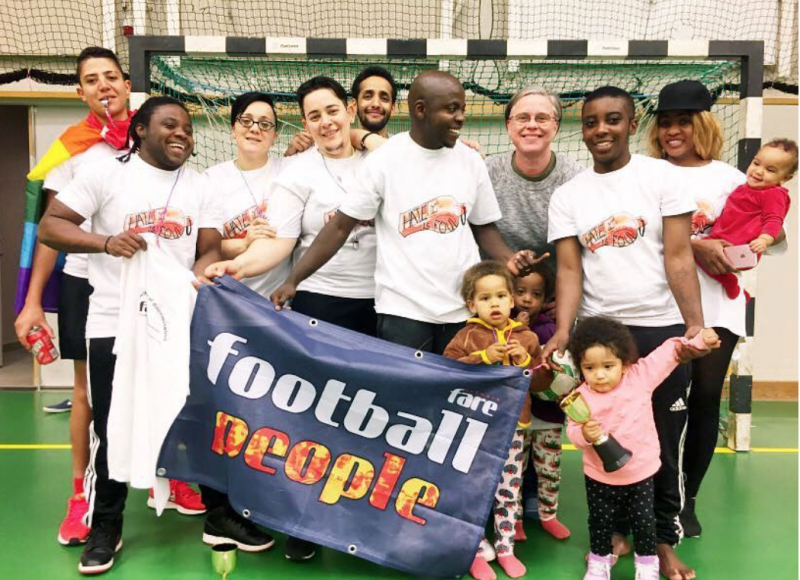 As in previous years, the Football People weeks received huge support from over 400 professional clubs with matches being dedicated to the cause of the campaign.

Hundreds of events involving both grassroots teams and bigger organizations took place all over Europe and in other countries of the World, thanks to the many people who decided to share the challenge of integration amongst youth and the input of all individuals that strive to make football a sport for all, regardless of who we are, where we come from and what our beliefs are.

Outsport selected the following “best list” of tweets and instagram posts to celebrate the end of the 2017 Football People weeks.

First football film festival ever organised in the Czech Republic to take place today. It is a #FootballPeople eventhttps://t.co/dU3SmYI3Jo pic.twitter.com/APKBS9aOM2

We just found out that @osh15eni (ASA Tel Aviv and Israel national team) is #footballpeople. Thank you for your support!

We stand by @ToniRuediger after Wednesday’s night #racism directed at him. We are #FootballPeople pic.twitter.com/oFjtvcSwPW

Looking forward to @femslam.football #footballpeople event at the end of the month. Stay tuned.

Our friends Gate Süd Wholen just sent us this picture of the anti-homophobia tifo they displayed over the weekend! We like it ??????